The journey begins in Amsterdam

First blog post and I've only had time to write this one while I'm sleep-deprived on the Berlin-Warsaw train. Apparently this travelling thing makes you quite busy.

So I flew in from Bristol. The airport's got a slogan of "Amazing journeys start here" - how appropriate. A final pint of cider (over £4, but I'm not going to need my sterling for a while so I let them rob me of it) and oh how I'll miss the stuff in the rest of the world. My first flight was delayed by an hour (great start) but an hour later as I flew over many, many canals, this was the Netherlands and the journey had begun. Luckily everyone speaks better English than me in Amsterdam so all was good. 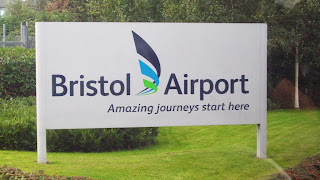 Amsterdam is a weird place. Constant smell of weed as you wander around, sketchy looking blokes asking if I want any Charlie, and of course a fairly blatant red light district (with actual red lights and windows). But it didn't seem seedy in the slightest. It's a beautiful place actually, good architecture from the days when people built stuff that looked good, and canals everywhere. Actually, the red light district just seemed to be full of tourists, and with the occasional camera flash and unimpressed looking girls after such things. Apart from when a bloke finished, left and did a fairly epic walk of shame past hordes of tourists, which was quite funny - I have never seen a man walk so quickly and with so much intent since I brought too much vodka back from Russia and had to pass through customs. Little bit on the pricey side, but nice place overall. I like to wander round places, and Amsterdam's perfect for that. Bit expensive to eat my way around it though!

As I was checking in to my hostel, I met two British guys who were interrailing - Adam and Rory. Adam spoke to everyone and seemed to know a million languages - turned out it was just Spanish and that I haven't got a clue. He asked me if I was from Newport in Wales - the words I'd just written on my checking in form. I resisted the urge to say "well done, you can read" but he still tried to tell me I didn't sound Welsh. We were all going to Berlin the next day, which of course made us instant friends and a trip to the station later, I definitely did sound Welsh. And they'd worked out that I was a little crazy, but they should have realised that when I told them about my trip. And I made the faux pas of thinking they were younger than me, when actually they were 3 years older than me. Everyone else is about 14 or 40 in my book, that's just how it works.
Train reservations are a bloody pain. 35€ for a sleeper to Berlin. And the sleeper train was terrible - uncomfortable and cramped. But Luisa, the lady who sold us the tickets, was cheerful enough about taking our money. And I only know her name because of Adam's talking for England of course. We also found out that her craziest story was when a man much younger than her came in and propositioned her with flowers. Apparently he then came back the next day and she hid awkwardly. Actually hilarious.


The night train itself was excessively long and was actually 3 trains attached in one, which meant that it was a mad dash along the platform in the 30 seconds before it left, which is easier said than done when you have a 15kg pack on your back! We shared our couchette with an Indian couple from Bangalore (Soumya and Abhijit) who were great. We compared Indian rupee notes (as you do - got to find some conversation starter you know) and talked about India for quite a while. And they gave us some bloody good Indian food, despite the fact that we actually had enough for dinner but they didn't - but the people are why I love India! But it was a bit of a tight squeeze in there! 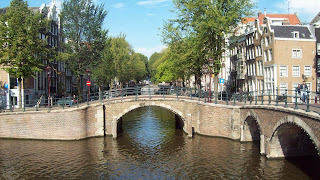 And then some bloke came in while I was sleeping, knocked the ladder over (which made getting down from the top bunk fun) and then proceeded to snore all night. But God bless earplugs for times like this. And I managed to drop my phone from the top bunk to the floor, and then thought I'd lost a t-shirt already, which would have been something of an achievement. But we made it.
Posted by Anselm at 15:33