So at about 2pm, back to the Hbf to get our bags and check in. By the time that was done it was 4pm and I hadn't eaten since 8am. I don't usually go more than a couple of hours without eating, so that was interesting. So I bought a load of meat and cheese from the Lidl under the hostel (score!) and felt very German as I ate 4 meat-filled sandwiches, and freaked out the two Israeli girls, Shani and Dafna, who were staying in our dorm, as I did so. Oh well. Then they had to put up with awful jokes related to the fact that they were ex-army. But they did recommend I go trekking in Nepal for a couple of days, which sounds like a great shout. And one of them said that rafting there is great, but the other disagreed, so they will face off in November when I go there. I also met another dorm-mate, Alex, who was an Aussie from Melbourne and who promised to put me up if I'm in Melbourne. He does elephant shows in Ko Phangan in Thailand, which is quite cool. But he wouldn't look out of place in Jamaica with those dreads.

And the wifi wouldn't work. So I shouted at it a bit, but to no avail.

The evening was interesting. And a bit weird. We wandered off towards Checkpoint Charlie (the hostel was about 5 minutes away) and got a kebab right on the corner (we're classy people like that). The owner was a Turkish guy who was an absolute legend, who not only promised us our best ever kebab but actually delivered. Though I suppose the other one was from the kebab van outside Warwick SU.
And then we got back. There were some Swedish guys who were 18/19 who couldn't quite believe how cheap the rum was here. They were drinking rum straight and claimed to be Vikings who could handle anything, but it took them about half an hour to vomit everywhere and break a glass. They looked fairly fragile when we saw them the next morning. Oh to be 18 again. 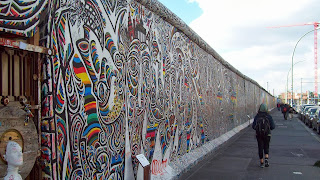 And then midnight came round, and we were joined by a man who claimed he was a Scottish pilot called Kev Mackenzie (isn't that a newspaper editor?) with the fakest Scottish accent I've heard in a while. He said I looked like I was in the army, so I thought I'd go with it and convince him that I was an army reservist. It worked.

And then a German guy called Martin turned up. He was interesting to say the least. Apparently you shouldn't go to Poland in November, because depression strikes and I will commit suicide. I thought that was more likely to happen when he woke up in the morning, but I realised that this was one of those guys you nod at and pretend to agree with. He then went on about the war, which I thought was quite strange for a German. And then 2:30am happened.

The second day I "climbed" the Berlin wall, then actually climbed on a piece of the Berlin wall. And got shouted at in German for it. I became a proper German again when I had a currywurst, which was essentially a chopped up sausage with curry sauce. Oh those Germans. 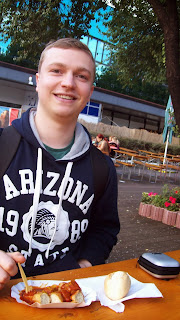 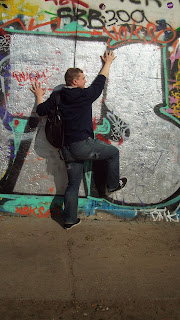 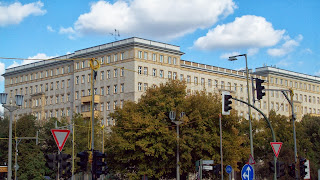 Went across to Checkpoint Charlie on the way back, and saw one of the funniest things in a while. There are some actors who stand outside the checkpoint dressed as soldiers, so you can have photos with them (and of course you have to pay...) Two Japanese blokes actually stopped their car thinking it was an actual army checkpoint. And proceeded to get honked at by some Germans for getting in the way. The poor sods. 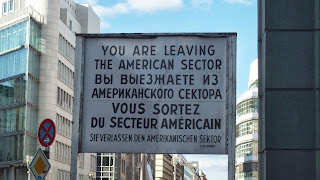