Rise of the Unpronouncables, part 1

I had a bit of a long wait for the bus after the final sunset. Ill and using a night bus. Sounds fun.

The Danish guy I was sat next to was also going to Pyin Oo Lwin, the old British summer capital and my final destination. That would make it two of us: Mandalay at 3am isn't the funnest place in the world.

In fact, I was just about starting to sleep somewhat well at 3am.

At least there was a helpful Burmese guy who took us for tea, and told us that there was a bus that went to Pyin Oo Lwin direct from the bus station that we'd arrived at, avoiding a traipse across town.

He was right as well, even if he was from a hotel. Must have been trying to get his karma in check.

And it was a VIP bus. Big comfortable seats, blankets and pillows provided. It might have been 5000 kyats for a 2 hour trip, but I had the best 2 hours sleep of my life on that thing. If only the Bago-Inle bus was actually a VIP bus...

But when we arrived, it was not only freezing but we were almost 3km out of town, so were at the mercy of tuk-tuk drivers. They wanted 4000 for the two of us.

They took us for 3000, and we really couldn't be bothered to argue any further. I just wanted a real bed, because I was ill and had just spent a night throwing up on an overnight bus.

So I had breakfast, then went to bed. Definitely the correct order of things.

At some point in the afternoon it wasn't completely freezing, so I hired a bike and took it for a ride.

Talking of the weather: Pyin Oo Lwin was the British summer capital, though of course they couldn't pronounce such things and so called it “Maymo”. This means that while the weather would have been quite pleasant in the summer, it's flipping cold in the winter.

Actually, it was kind of like a British summer in the winter. Mornings are pretty chilly, but eventually it warms up to a temperature where you might consider taking your jacket off.

And I was never sure if the place was Burma or British countryside, judging by what I found on my way round. 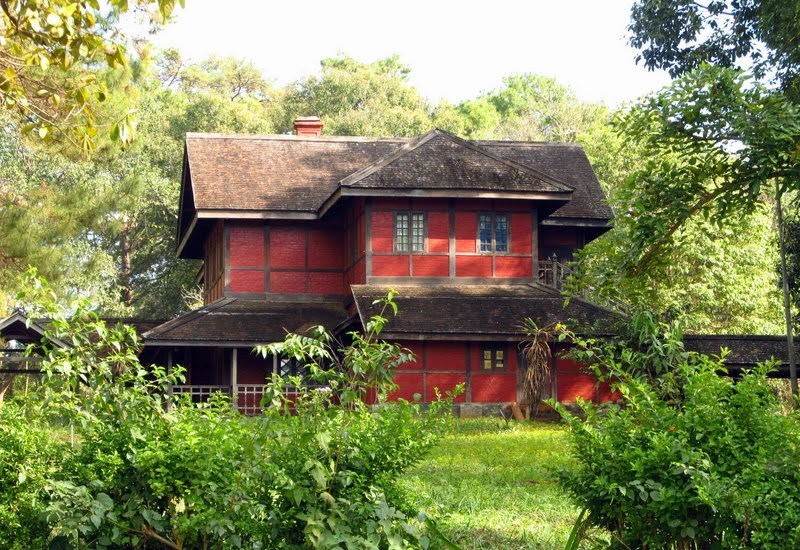 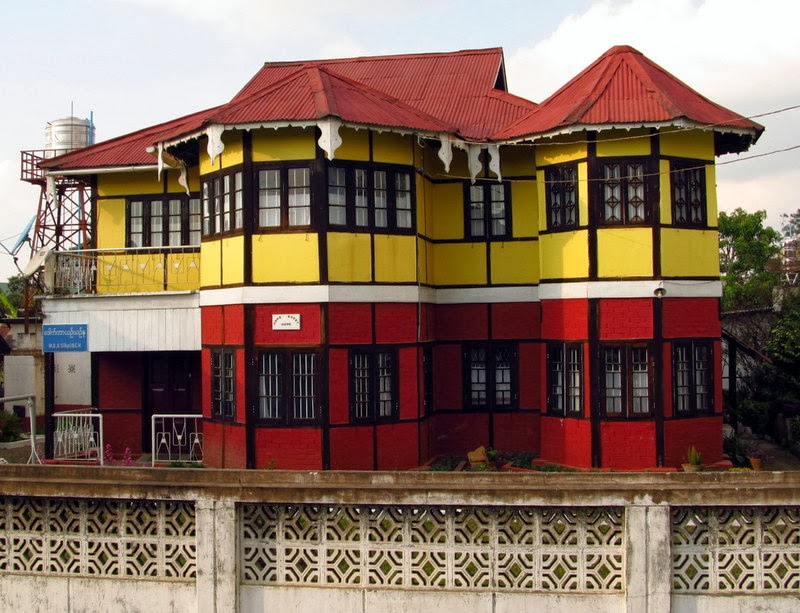 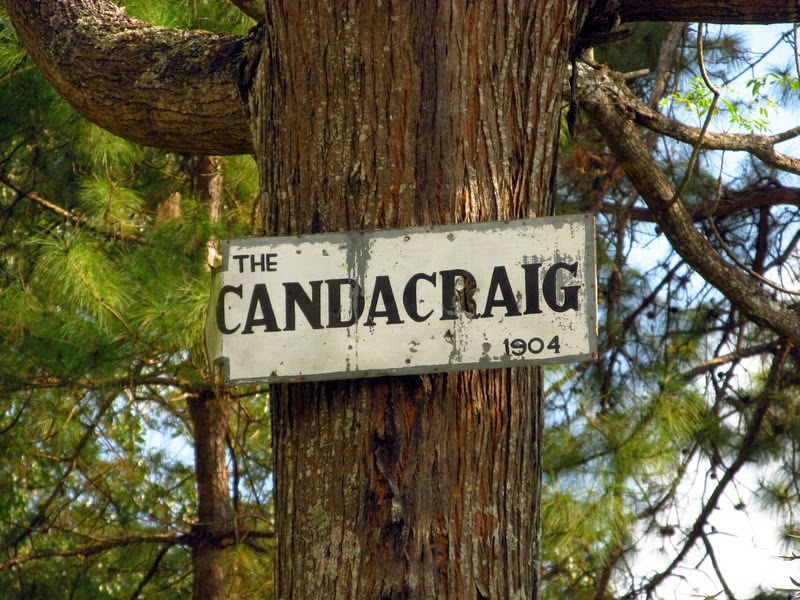 Falling apart, definitely not been open in quite a while – but they still couldn't be bothered to lock me out. 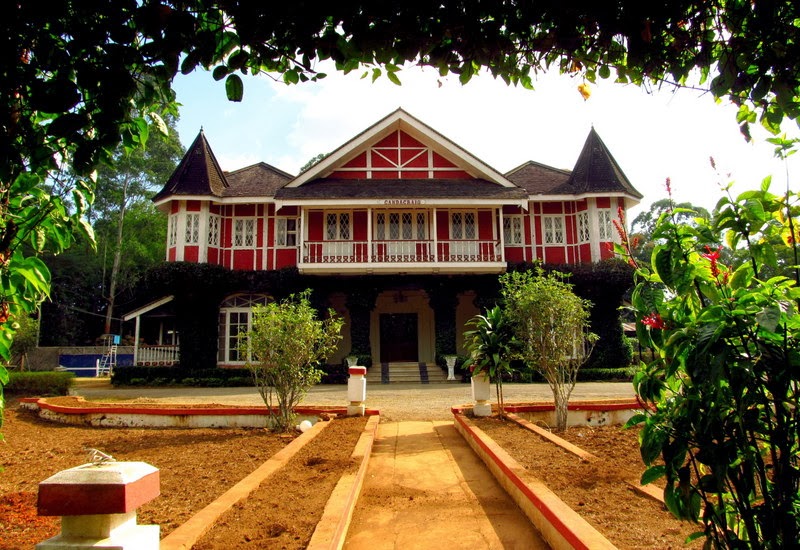 It felt like an old English country manor house, which I assume was the intention – but it was such a shame to see a building like this wasted, especially given the resurgence of tourism in Burma.

So I got on my way, and discovered that there was also an All Saints Church here. 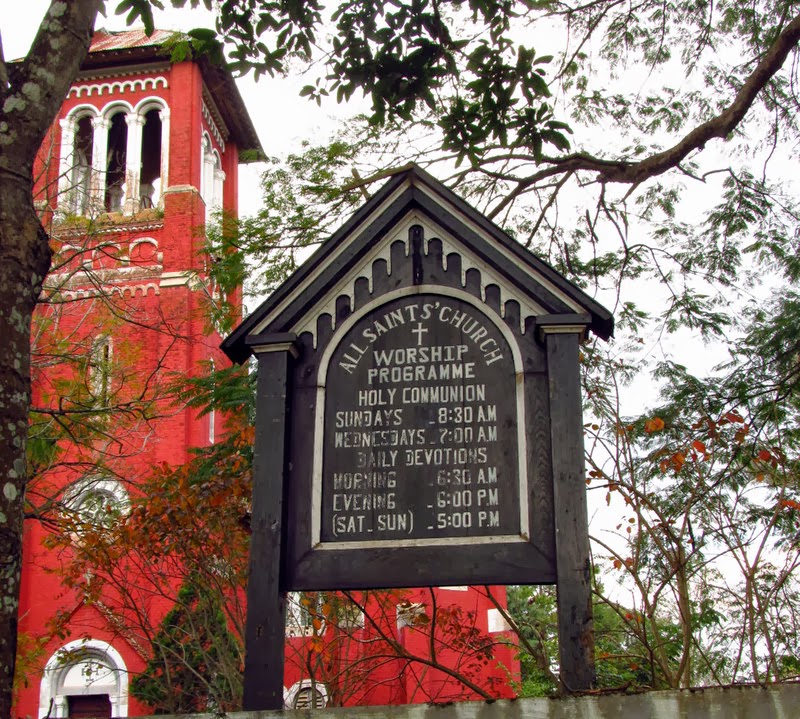 Nothing is more English than an Anglican church called “All Saints”. Even the atheists will agree with me on that, I'm sure.

The place is pretty small though, and eventually I needed a chicken sandwich (wasn't risking it) and a Danish pastry. Of course there was a bakery here – it was basically a Surrey country town chucked on to a Burmese hill...

I didn't have long in Pyin Oo Lwin, but I'd had long enough to get a feel for the place, even if I still had no idea how to pronounce the name.