You have reached your destination

Might keep me going for a week, if I'm lucky.

The government think I came here with $5000 and enough for a return flight. No chance.

And you know what? Anxiety hit.

Travelling's not all fun and games, especially when the money runs out.

At least the sun was out. And as the city bus (I'm still a backpacker, no taxis for me) rolled through streets that seemed far too American for my liking (the road signs that is – they have roundabouts here), I wondered what on earth I was letting myself in for. 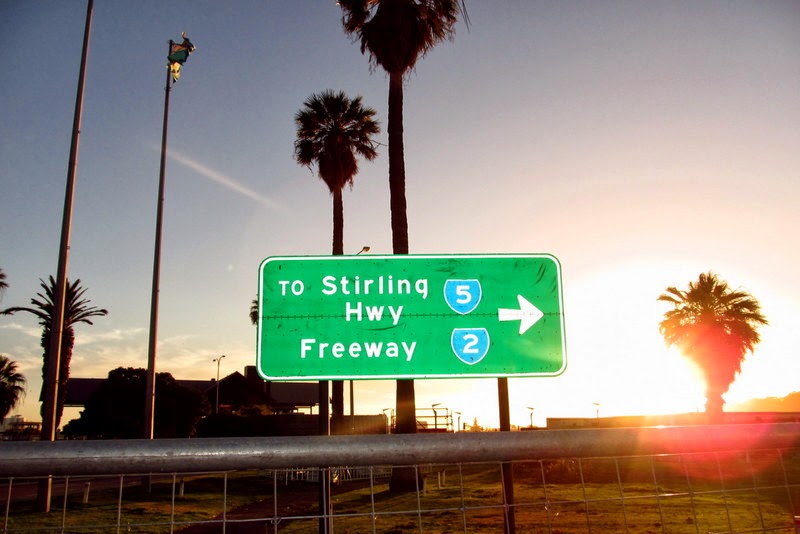 3 nights booked into a backpackers, and of course the wifi barely worked.

So I applied for a TFN and went for a $5 Domino's with Nolan, a French guy I met on the bus. First meal: pizza of champions.

I would describe the various menial tasks I did the next day, and really excite the three people who read my blog on a regular basis, but quite frankly, I'd rather trim my toenails. I was a bit stressed about jobs, and spent far too long on Gumtree. And got abused by the English manager about my apparent antics involving sheep.

It paid off though: I was awoken the next day to a phonecall (on my new Aussie number, of course) being offered an interview for a milkman job.

And for some reason, I liked the feel of Australia already. I don't know what it was, but there was something that, through the anxiety, I liked.

I was actually going to head out to see the kangaroos on the island around the corner, but then someone reminded me that they don't come out at midday and that I should probably wait for the evening.

So I headed for a job agency instead: the Job Shop in Northbridge.

I'd applied for a few roadhouse jobs with them, so I thought I'd show my face.

The receptionist stood up, checked my height, thought I was smaller than I actually was (no, I'm definitely not 5'7-5'8 thank you very much), fairly fit (thanks mate), and asked if I wanted some regional work 150km south of Perth.

Picking melons. Which I didn't realise grew on the ground until someone at the hostel told me to enjoy my future back problems.

I'd have to get the train the next morning, and had a fairly long list of things I needed to grab.

The army surplus store never did so well off me.

By evening I was knackered, but thought I should probably see something of Perth that wasn't the CBD.

So I went down to the Swan River, and took photos of the CBD from the outside instead.

The real reason was to go and see the sunset, which I hadn't done in far too long. I have far too many photographer genes in me: not so sure about them. 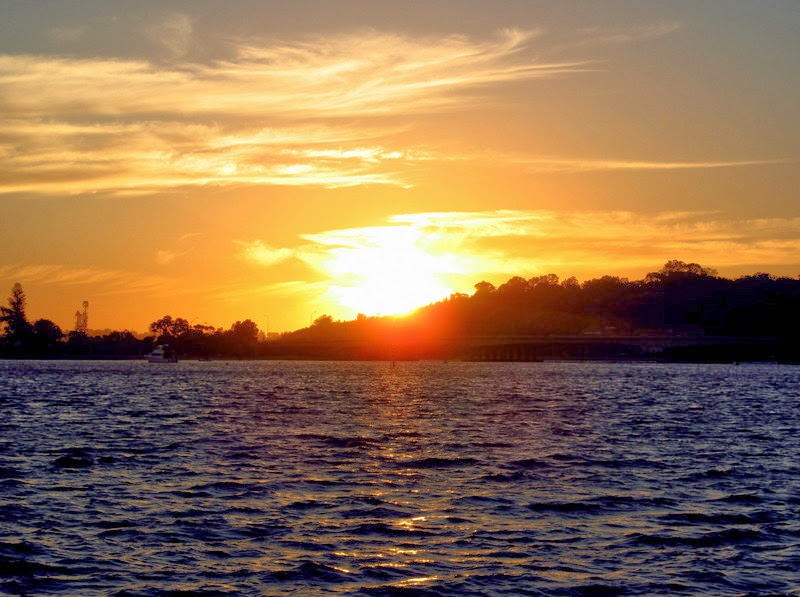 I had a good wander back after the free city bus that I thought would take me to the centre actually deposited me further out of town than I'd been when I started – but there we go, serves me right for not reading the display on the front.

Happens to the best of us. 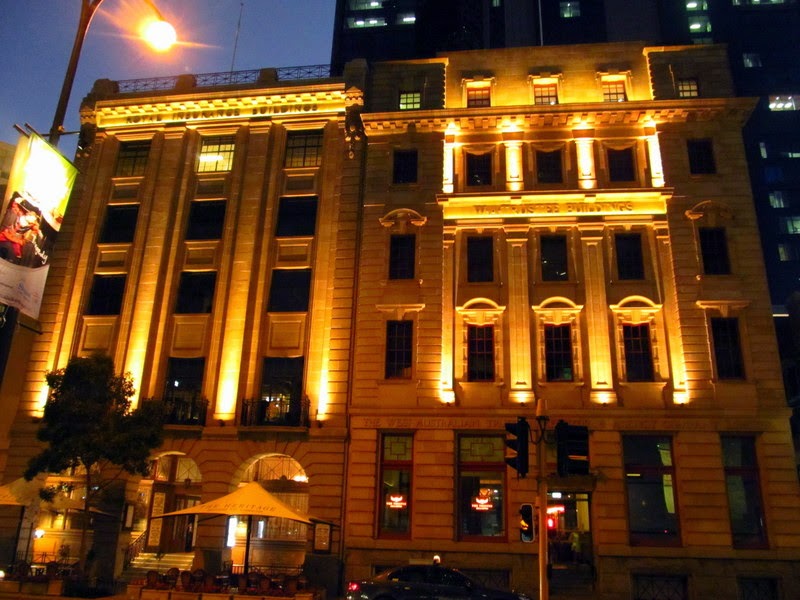 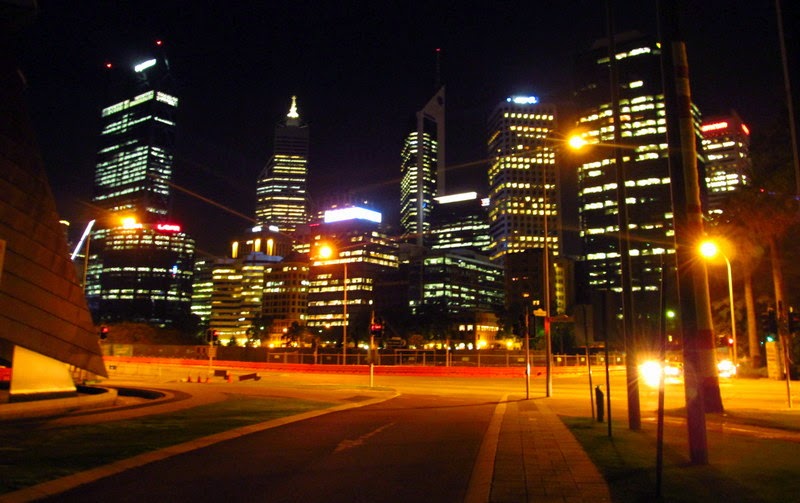 It was all so good that I had to be interrupted by the French guys from the hostel who were coming the other way. They were heading for an Indian buffet where you could pay as much as you like.

You can guess where I went.

And I pretended to speak French, as only I do. It was good fun.

Oh, and the food was good. I even tried to pay in rupees, which confused yet amused the poor staff, who had quite clearly not seen Indian currency in far too long.

I'm not sure what it is about the last few cities I'd been to, but maybe I'm mellowing. I liked Perth too. People who've stayed there a while have mixed opinions, but there's a fairly compact CBD, then it's got a provincial town feel, then you hit the suburbs. All sounds good by me.

That said, I never really saw anything of Perth. I was looking for jobs. I'm boring like that. 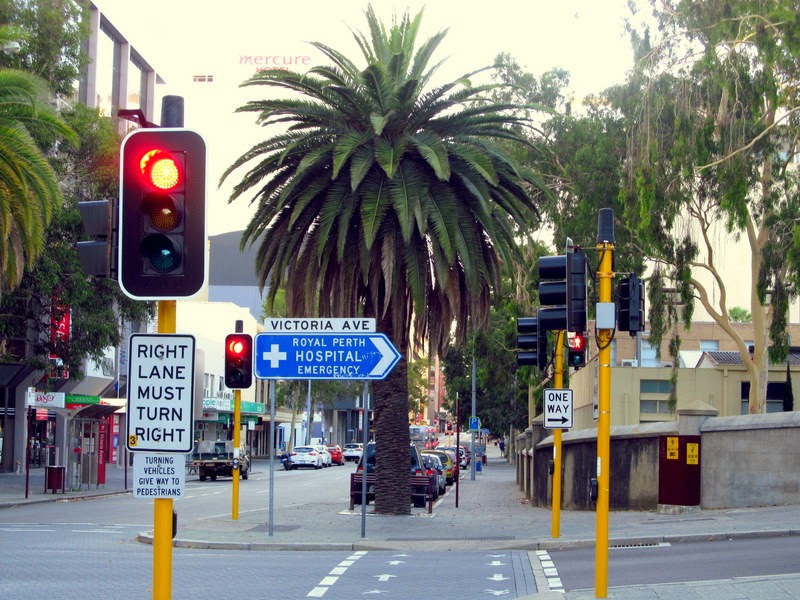 Train to Waroona: let's do this job thing.

There's going to be more posts, even when I'm sat around working. I have to mindvomit sometimes. Oh, and I'm still travelling. Travelling never stops. There's always a next trip - or in my case, another destination on my escape from home for as long as is possible.
Posted by Anselm at 10:45