I'd arrived at this great planned destination of Broome. 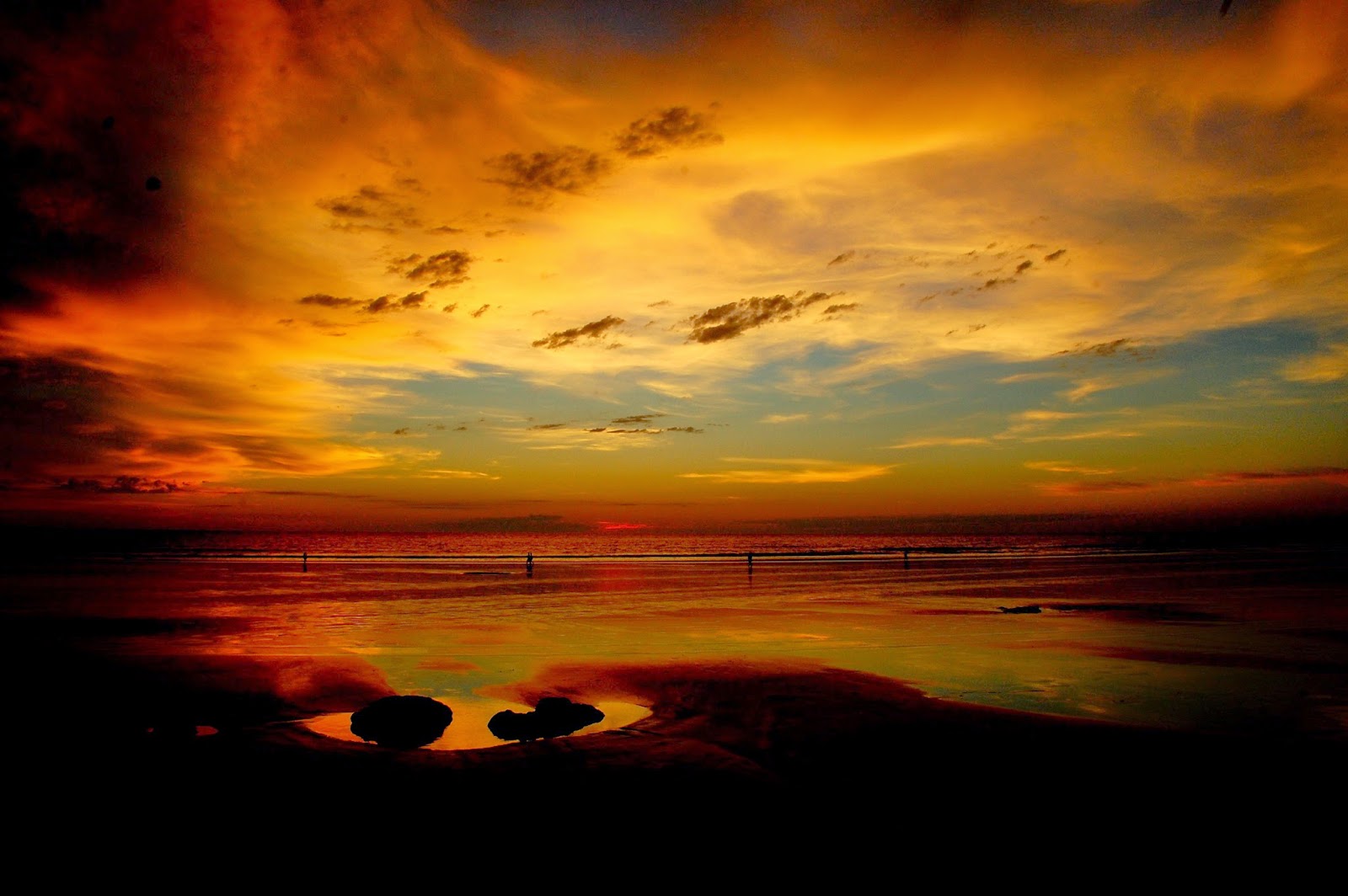 Nice enough, but it was too small, too remote, too expensive and didn't have enough work.

I'd looked for a campervan relocation to Darwin on the off-chance something would come up, and when something actually did, I decided that I was going. 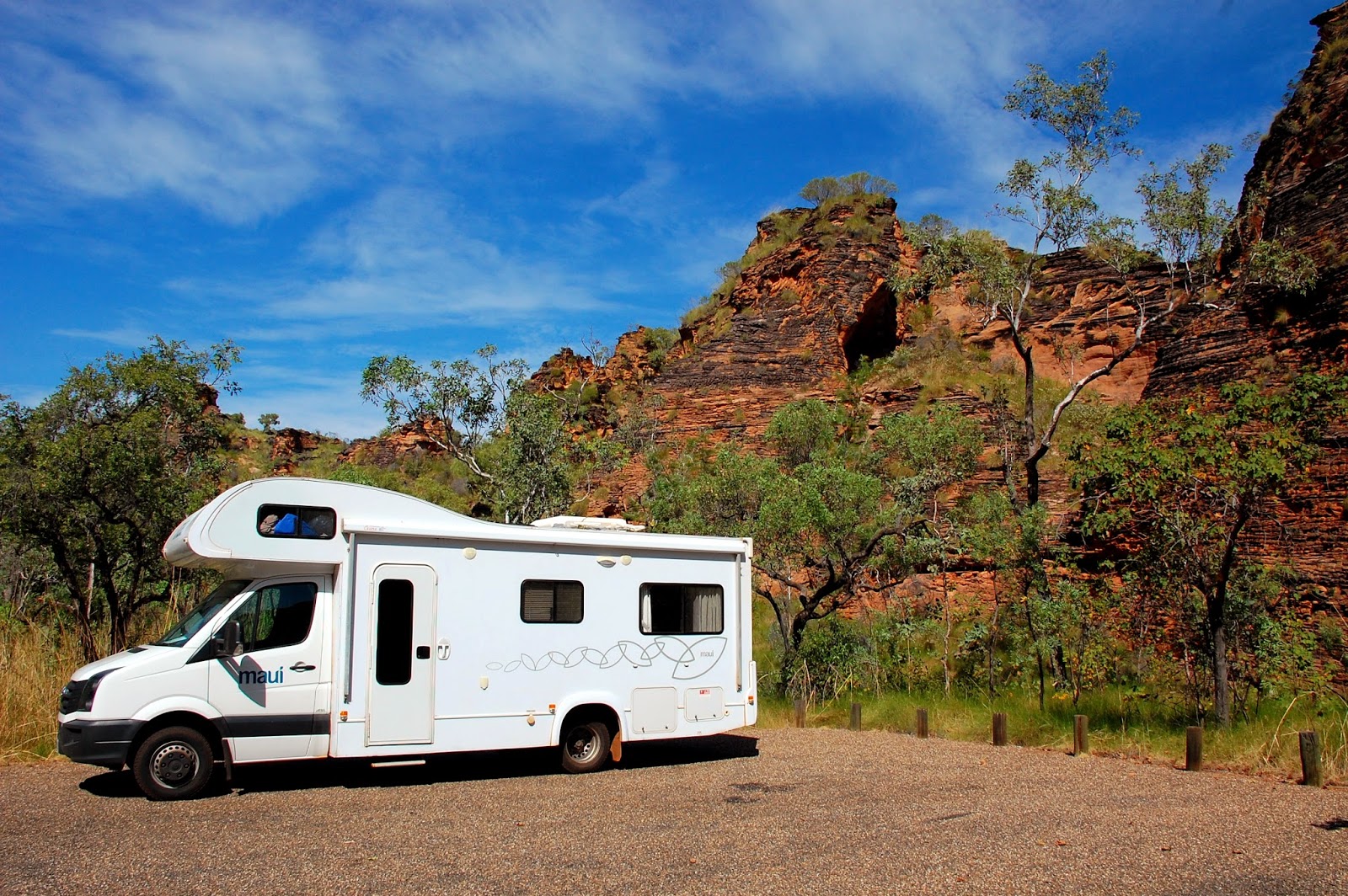 Yeah, that was rushed.

And if I could get 9 people to go up the west coast, I could fill up a six-person campervan.

Though this one reminded me of why I travel alone: people are very good at wasting time, especially when supermarkets are involved, and this is not ideal when you have 4 days to get a campervan 1800km away.

Travelling alone up the west coast is prohibitively expensive though, so I didn't have much choice but enjoy the sights of Aisle 18 of Coles Kununurra.

Yes, I was surprised that a supermarket in Kununurra has 18 aisles too. 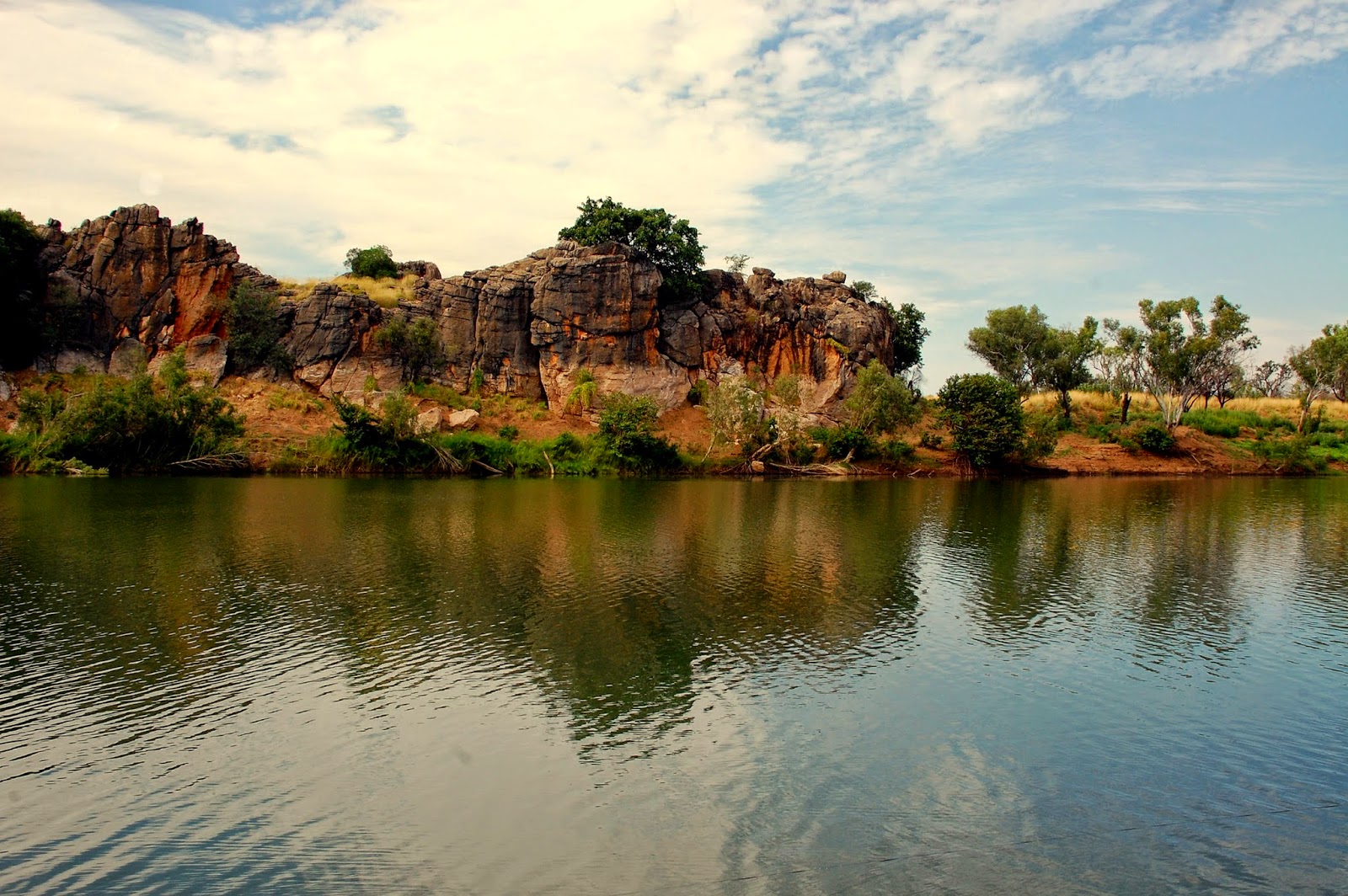 But I digress. What I saw of the Kimberley was awesome. What I have only seen in photos looks even  better. At some point I need to go back, and probably all the way to Exmouth while I'm at it. The joys of rushing.

Yeah, things never work out as you plan. Oh well.

As for driving - the road is just about wide enough for a campervan to pass a road train. Which means you slow down, get as close to the edge as you can without falling off and flipping into oblivion, and then hold your breath as all 50 metres of road train goes past you.

Extra fun if the road train is swinging about and all four trailers seem to be moving independently of each other.

I decided to overtake a road train at one point. After about one trailer I decided I didn't want to overtake it any more. I think everyone else was sleeping in the back because they most certainly wouldn't have approved.

Neither would my bank account if something had gone wrong. I'd put my last $1000 down on the bond for the thing, and after the events of the previous week most of my remaining money was with my best mate the taxman.

And I'd sworn I wouldn't turn up somewhere with barely $500 again. Oops.

So I filled the tank to an indicated 60% at the second roadhouse, 193km before Katherine. Given that diesel was 30c/litre more expensive here than in Katherine, I wasn't going to overdo it.

It was pretty much on empty as we got to 50km before Katherine.

This made no sense. I was getting 600km off a tank the rest of the trip, yet suddenly it uses 60% of a tank in not even 150km? Are there diesel-drinking vampires in the tank once you cross into the Northern Territory or something?

I mean, I'd heard anything goes in the Territory, but this was strange...

15km to go, speed down to 80km/h, and of course it was all uphill from here. Of course.

The engine cut out.

We're out of diesel.

Blues was following us but both jerry cans were full of petrol. Can't put that in a diesel tank.

Lucky he was following though. Drive 15km to Katherine, empty petrol into his car, fill jerry cans with diesel, return 15km, fill up the campervan. Say there was a diesel leak to hide your embarrassment at running out of fuel in the middle of nowhere.

Try to start the campervan, but now you need five people to push-start the thing. On a hill. Eventually get the thing started. Get out of there, fill the thing up in Katherine and get lost trying to find a campsite. Sleep in because it's only 3 hours to Darwin and it only needs to be returned by 3pm.

Then spend far too long in Subway and only just return it on time because you got lost in an industrial estate.

Someone once said that whoever put Darwin in the middle of nowhere was clever: by putting a medium-sized town a thousand miles from anywhere it feels like a big city.

And oh, it did. I got mild culture shock from this huge city that I'd just arrived in.

Which dissipated within 2 weeks when I realised it was the same size as my hometown.

Big enough to spend a few months though, I suppose.