So did I really think that I'd reached my destination when I hit Perth?

That was a while ago. I can't remember, but I doubt it.

Maybe I should have titled my last post something similar and it would have felt almost believable. Next post: The Escape from Darwin. Add it to the filmography.

Three and a half months picking melons in Waroona, 120km south of Perth, had given me a second year on my visa and an invoice for the chiropractor, but I had enough money to buy a car and get out of there. I made some great friends and had a brilliant time - even if it seemed to revolve around the dodgy shed we used as a party house, the lake next to the village or going to Mandurah, a city/extension of Perth that must be the most disappointing destination ever for most people but seems like the blessed land after wandering up and down the same 3 fields all week - but I had to leave.

And I know that sentence was too long to read in one go, but I need another coffee before I can be bothered rephrasing it.

Three of us had kind of planned a trip up the west coast to Broome, a resort town with a beach, resorts, palm trees, another beach, and..... yeah. We'd convinced ourselves we'd get on to the pearling boats. If only.

In the end nine of us went.

And it took some tetris-inspired mastery to get nine peoples' luggage into two cars. And the hilarity of finding that Blues, the Taiwanese guy who owned the other car, had a large box intended for packing melons containing only a Michael Jackson calendar inside his "full" boot.

We'd gone and bought some ropes from Bunnings to strap everything on to the roof of the car actually, but apparently we didn't feel like making some extension of the second Inbetweeners by doing that.

Petrol filled up in the north of Perth, jerry cans filled, my shoes filled with petrol because I missed the jerry can, we were almost ready to head up to the Pinnacles, a couple of hours north.
It was all going far too well. White sand beaches, ragged cliffs, huge gorges, nearly hitting kangaroos that ran across our path because we were inevitably delayed in arriving at free campsites (because paying for accommodation is far too mainstream) - mother nature had to intervene and dump some water on our grand plans. 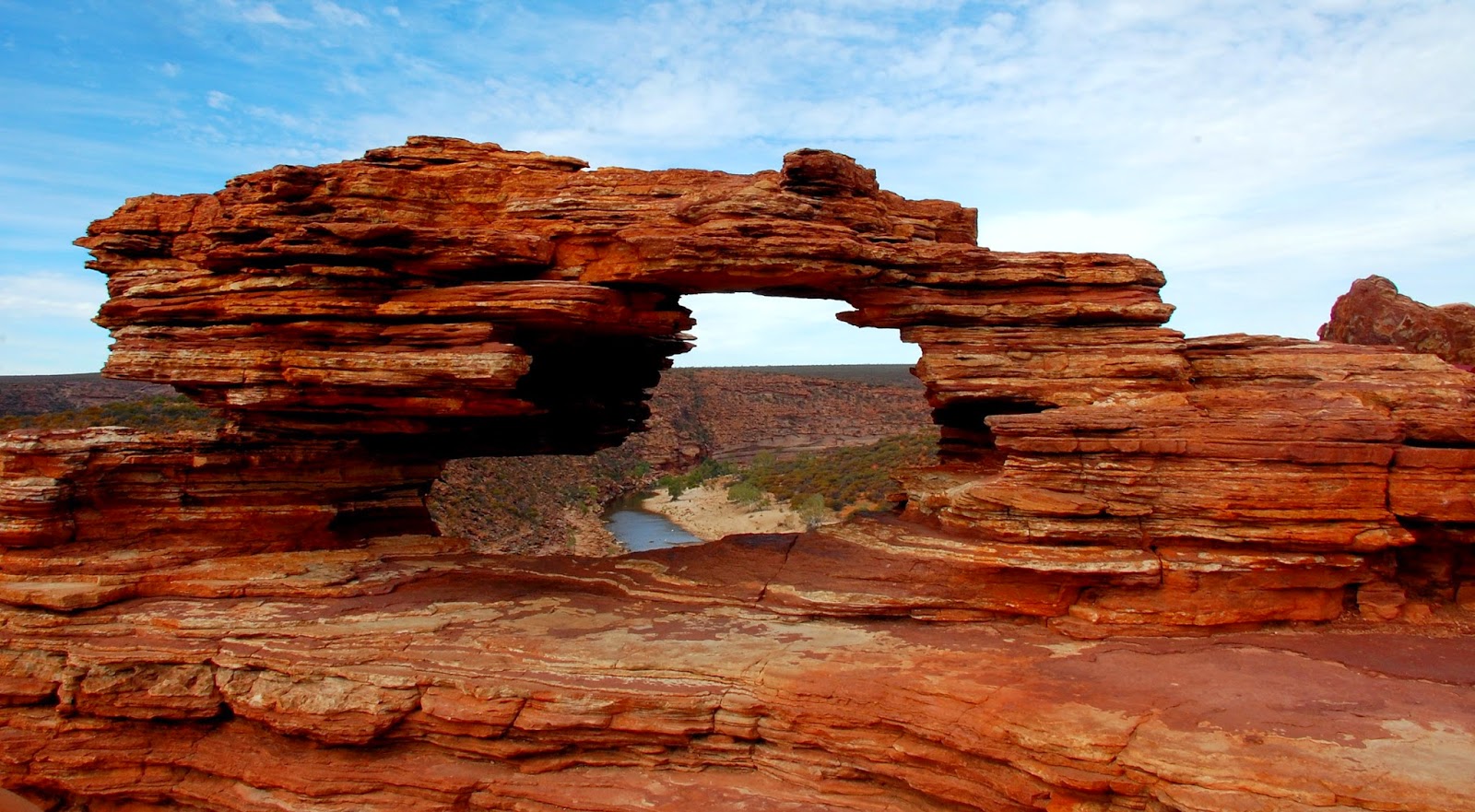 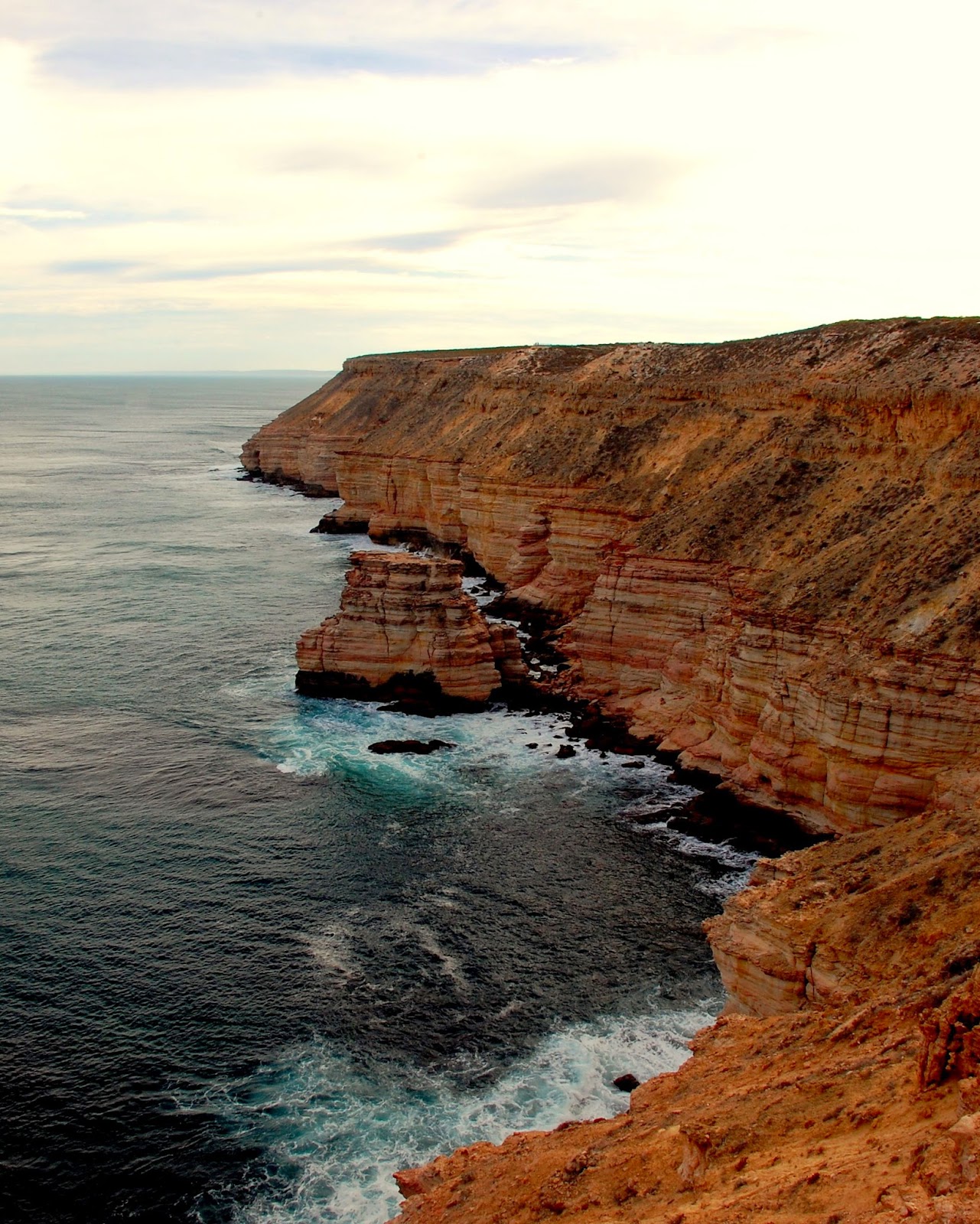 We'd arrived at a campsite somewhere between Shark Bay and Carnarvon some time after dark - which involved about three kangaroo near misses but more importantly 5km of unsealed road to get there.


So when we got woken at some far-too-early-after-drinking-goon-all-night hour with the warning it was about to rain, it was time to do a runner.

After one of the guys decided to ask the owner of the campsite for his "ranger ID", to which he responded by offering to drive him to his house. Yeah.....nah.

We escaped to the nearest roadhouse (destination signs here tend to list about two roadhouses before the next town, because that's how remote it is out here) and beelined to Carnarvon, the nearest town.

And Carnarvon is depressing. So depressing. Even if it was pouring with rain and mostly seen through hungover, sleep-deprived eyes, it just seemed so miserable.

So we got out of there. A sign warned us it was still cyclone season and that we should take enough water for a few days. Every time the road entered a depression, it seemed to be a floodway. Because when it rains up here, oh it rains. This is storm central. There's no wet season up here, purely because something might hit whenever it feels like it.

And we'd kidded ourselves into thinking we'd just travelled through the middle of nowhere. As if.

We must have arrived into Coral Bay just after lunchtime, through a thousand storms and enough humidity to make the sharks out on the Ningaloo Reef sweat.

Then came the news: Exmouth, a bit further north and a postcard perfect town, was cut off because it had just received a year's worth of rain in a weekend. Cut off, washed out - even if the road reopened, there wasn't much point going, because nothing would be open for a couple of weeks.

Mother nature. Thanks for that.

At least people camping up there wouldn't have had to worry about whether the campsite had showers. A cleansing mud bath. Lovely.

In the end we decided to just head northeast towards Karijini.

Except that road had been cut off by what felt like a river in full flow travelling across one of these floodways. Oh how my brakes got tested as we came over that crest.

OK, turn around, go the long way around. Leave the tropics, fill up at the roadhouse, re-enter the tropics, keep going towards Onslow where we should be able to figure out an assault on Karijini.

Nope.
It was a very familiar sight as we came over that crest. This creek was even deeper and flowing even faster. No chance.

So we took our photos of trying not to fall over in the floodwaters, got over this new novelty, turned around and left. After turning the Chillis up to full volume, of course.

And in all this, we'd missed that Blues was flashing his headlights at us from behind. He'd gone to speak to the driver of an empty car transporter.

He would have reversed us over the creek if we hadn't had gone around a few corners before stopping. You can't reverse a road train around corners.

What a story that would have been.

The staff at the roadhouse were surprised to see us again - we'd gone all 200km back on the basis that they had enough food for us all - and in the end we stayed a good few nights, waiting for the road to reopen and trying to persuade a truckie with a flatbed to take us over the creek.

And after all that, the creek was totally dry when we drove through it.

Probably could have stayed 30km away at the campsite and gone through the next day, but oh well. We made it to Onslow and settled in. Via a road that had 2 metres of water over it and 70 road trains waiting to pass just 12 hours earlier. Drains as quickly as it rains. What a rubbish rhyme.

And of course we woke up to rain at 6am, and hadn't learnt the first time that camping down an unsealed road wasn't a good idea. But the trusty old wagon got us out of there and we were just going to beeline towards Broome now.

500km to Port Hedland shouldn't be too difficult. Stop at lunchtime in Karratha, fill up the tank. Easy.

That was until smoke filled my car about 60km from Port Hedland, and we had to pull over. At this point we had no oil in the thing. Filled with oil, got 10km down the road before it started making noise again.

No, we're going to call a tow truck.

$370 later and we got to the golf club in Port Hedland, not a place I wanted to stay for long. Mentally exhausted by this point, I was in no mood to think about anything by that point and just passed out after the tenth can of spaghetti cooked on a gas stove in fewer days.

The joys of travelling, eh?

And this is a mining town, so everything costs more. Especially the mechanics. Hello poverty.

I had to wait 4 days before being able to see a mechanic about the thing, and I probably should have made some mining connections while I was there and got some sort of overpaid job doing nothing while I was at it.

I just wanted to get out of there.

So when the mechanic said there was just a small oil leak but it would get me to somewhere cheaper to get it fixed, I was straight on the road to Broome.

I made it about ten kilometres.

Press on the accelerator. Response: a clicking noise.

Try to go at more than 60km/h. Response: the automatic transmission shifts down gears.

Try to get to 80km/h. Response: the engine will cut out, you will open the bonnet, and there will be oil everywhere.

So much for a "small oil leak".

So I got a tow truck back to the mechanic that told me this, found out it was probably a blown head gasket, unloaded the thing and took off the number plates and left it there.

Blues had had some car trouble too so had stuck around, but everyone else had jumped on a plane to Broome already, so it was as easy as throw everything into his car and jump in and get the hell out of there.

Except I'd accumulated far too much in the knowledge I had a car now, and I had to leave a whole load behind. Yeah, I had a car for three weeks before it decided to give up on me.

And coming into Broome, there were so many midges and other insects flying around we had to turn the wipers on to just be able to see. That was new.

And I've gone on so much I need a second post to ramble some more about the rest of it. Fabulous. 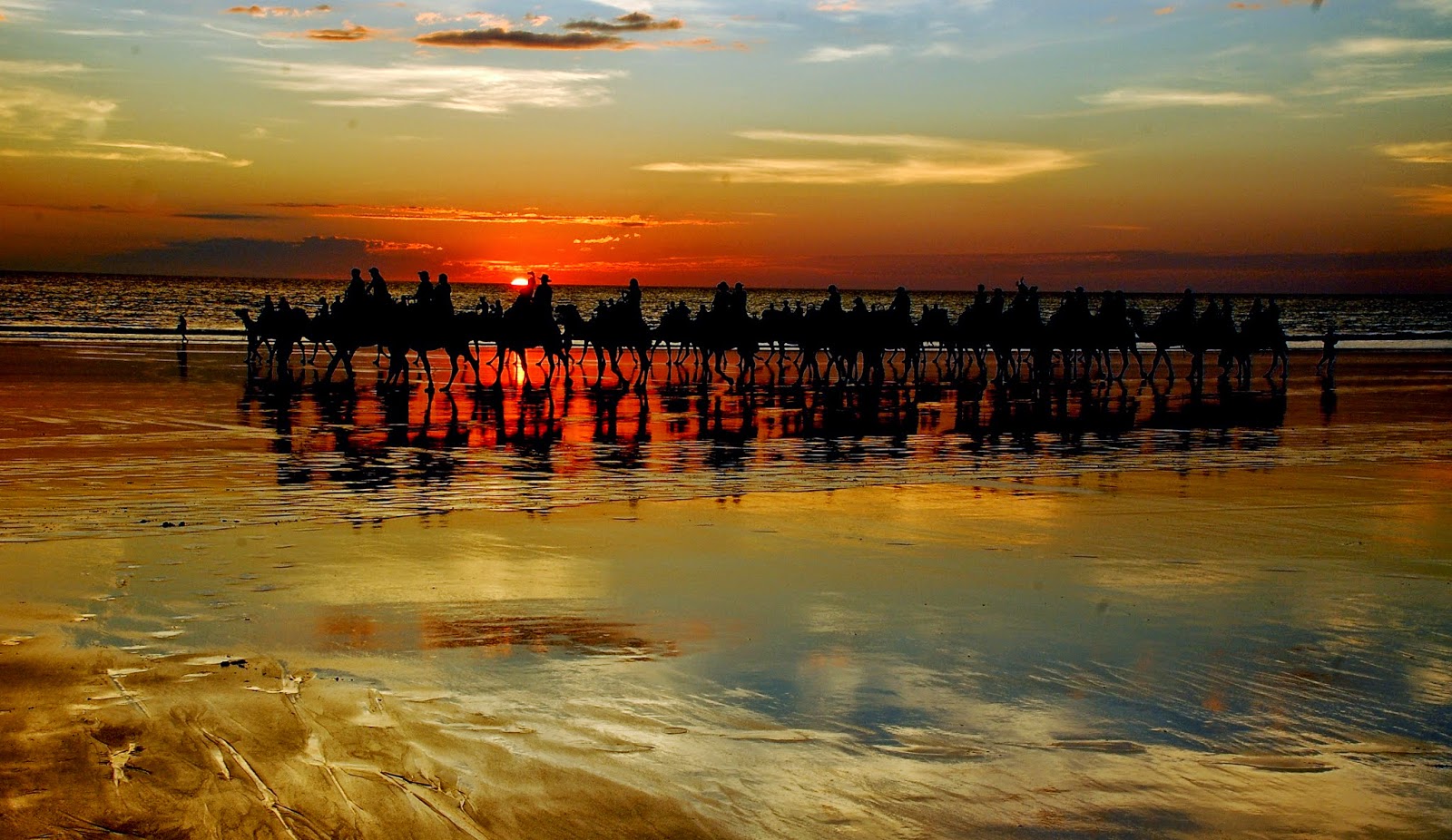